We provide a helping hand for people wanting further information about cannabinoid medication and also medical professionals who are looking for guidance through the prescribing process.
Book now 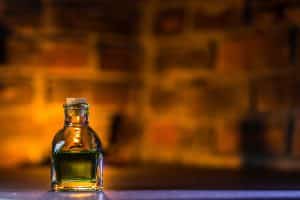 Medical use of Cannabis became legal in Australia in 2016. Since its legalisation, the most common complaint with medical Cannabis in Australia is its prohibitive cost. The monthly spend for medical Cannabis was upwards of $1,000. To date, the cost has plummeted and has never been more affordable, but the price is still a barrier and too costly for most Australian patients to access.

The cost of acquisition is so much so that it even led to a parliamentary investigation into its high cost. The price of legalised medical Cannabis presented a major stumbling block for most patients in need of medicinal products like CBD oil.

Currently, local supply of medical Cannabis is mostly mainly reliant upon imported products which considerably drives the price up. The prohibitive cost led to some people to access illicit Cannabis from the black market and self-medicate. This practice not only has legal implications for individuals but it also raised concerns about product quality and safety.

The cost of a treatment of any medical Cannabis product can vary significantly per patient. It would depend on the product being used and the dose recommended by your doctor. This brings another cause for concern and source of frustration as expressed by patients. Reason being, medical Cannabis products acquired through the Therapeutic Goods Administration’s (TGA’s) access pathways are not subsidised under the Pharmaceutical Benefits Scheme (PBS).

In a compassionate access scheme, a patient would have a sponsor who would pay the full or partial cost of the prescribed medicinal Cannabis product. The said sponsor can either be a drug company or a government body.

Currently, there are several state government-sponsored compassionate schemes in place in Australia.

In New South Wales (NSW) for instance, residents aged 18 years or over with a terminal illness are eligible to be registered for the Compassionate Access Scheme by filling out a registration form.

In registration the form, the patient may then nominate up to three carers aged 18 and above to be registered under the Scheme, however a carer may only be nominated to a maximum of three adults with terminal illness. What’s needed next is a certification from the patient’s medical practitioner (Part B of the form) who is registered in Australia certifying that the patient indeed has terminal illness as defined by the Scheme. The accomplished forms are then submitted to the Appointments and Applications Department of Communities and Justice as stated on the form.

Accordingly, the NSW Government recognises the potential that cannabis-based medication can deliver, particularly for patients who have already exhausted conventional treatment options and are suffering from a range of debilitating conditions.

It is established that in many states, children and the terminally ill may find it easier to get medical Cannabis through the Compassionate Access Scheme. But what of those who are in between. They may still be able to by undergoing a similar process through a TGA’s Special Access Scheme (SAS). However, the majority of those who do get prescriptions end up not being able to afford their prescriptions.

These people end up acquiring their prescriptions via illicit means through the black market. Some totally skip doctor consultation, skip the complexity of the legal system and directly buy their medical Cannabis from the black market and self-medicate.

The Department of Health stated that the Australasian Government is unable to include any medicine in the PBS without the recommendation from the Pharmaceutical Benefits Advisory Committee (PBAC). Apart from the PBAC, the product must also first be listed in the Australian Register of Therapeutic Goods (ARTG). So far, nabiximols is the only medical Cannabis product currently listed in the ARTG.

For our veterans, it is refreshing to note that the Department of Veterans Affairs (DVA) currently subsidises medical Cannabis for patients in certain circumstances. This includes unapproved medicines like medicinal Cannabis, through the Repatriation Pharmaceutical Benefits Scheme (PRBS).

The RPBS does not exercise the same rules as the PBS for listing medicines. For a veteran to be considered to receive medicinal Cannabis, the following must be met:

While there have been reports of success in accessing medical Cannabis through the DVA as a treatment option for post-traumatic stress disorder PTSD, there are also reports of individuals who have not yet been successful in gaining subsidies. 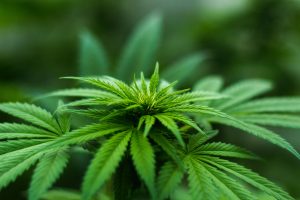 If you would want to take part in a Compassionate Access Program, do check us out. We can assist you in getting an assessment across a number of areas.

← Can CBD Help Treat Cancer Side Effects? How To Get A Medical Cannabis Prescription →